For too many New Jerseyans, addiction begins in the medicine cabinet.

The New Jersey Division of Consumer Affairs has developed Project Medicine Drop as an important component of its effort to halt the abuse and diversion of prescription drugs. It allows consumers to dispose of unused and expired medications anonymously, seven days a week, 365 days a year, at "prescription drug drop boxes" located within the headquarters of participating police departments.

Each Project Medicine Drop box is installed indoors, affixed to the floor or wall in a secure area within police department headquarters, within view of law enforcement officers, in an area to which members of the public may be admitted to dispose of their unused medications. Their prominent "Project Medicine Drop" logos make the boxes highly visible and recognizable.

This initiative builds on the success of the U.S. Drug Enforcement Administration's National Take Back Initiative, and the American Medicine Chest Challenge, which is sponsored in New Jersey by the DEA, Partnership for a Drug Free New Jersey, and Sheriffs' Association of New Jersey. Both programs provide single-day opportunities to drop off unused medications at pre-identified, secure locations.

Project Medicine Drop provides the opportunity to discard unused prescription medications every day throughout the year. The participating police agencies maintain custody of the deposited drugs, and dispose of them according to their normal procedures for the custody and destruction of controlled dangerous substances. They report the quantity of discarded drugs to the Division of Consumer Affairs on a quarterly basis.

The Division plans to expand the program in 2015, to include police departments in each of New Jersey's 21 counties.

The facts and statistics about prescription drug abuse are staggering: 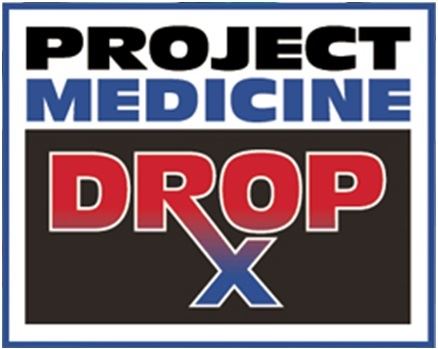